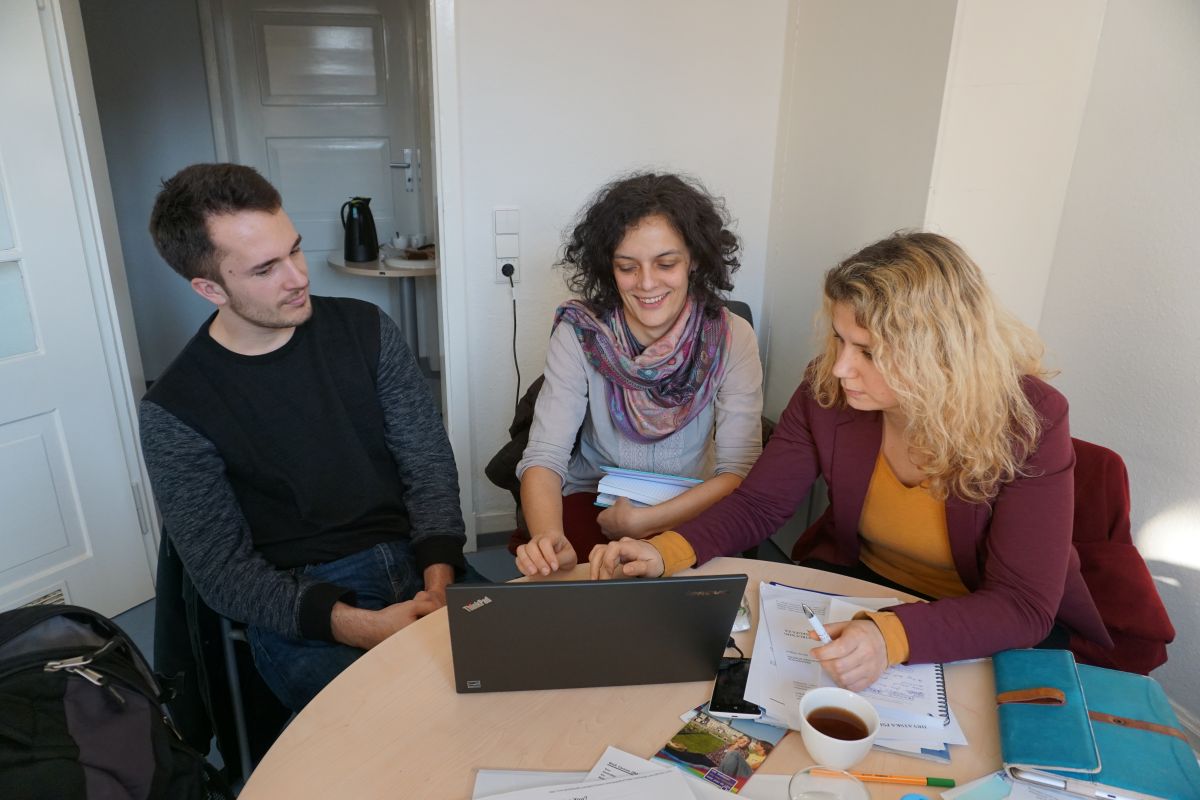 On March 16 & 17, 2016 a two-day’ workshop was held in the facilities of the Research group engineering didactics at Karlsruhe Institute of Technology (KIT) to prepare the peer coaching kick-off workshop on the 6th of May 2016 in Zagreb/Croatia for the Croatian Public Employment Service (PES) and the then following three-week online course on EmployID Academy. The working group was mixed between members of the peer coaching team, the evaluation team and the Croatian Public Employment Service members.

On the first day the group cleared up issues on the organization, e.g. agenda, participant group, certificates, open online badges, video dissemination of PES and re-structured and shortened the already existing EmployID peer coaching online course according to the participant’s group’s demands. The online course will be translated into Croatian in the following week, which includes also videos that have been already produced for peer coaching. The English version of the online course is planned to be added to the prepared PES Portal as first finished and cleared solution for open use even after the project. As there is also a meeting with German Public Employment Services soon, there will be also a German version upcoming.

The second day was used to plan evaluation of the training with Croatian PES and how the evaluation will be done in future courses and contexts around peer coaching. Therefore the self-assessment questionnaire was adapted and an expectation questionnaire created and the evaluation approach planned in detail (for both kick-off training and online course). At the end of the second day the current status of the peer coaching online tool was presented and the participants very well liked the realization of the peer coaching. However some doubts on acceptance within PES will be needed to be cleared up by actually trying out the tool in another workshop.