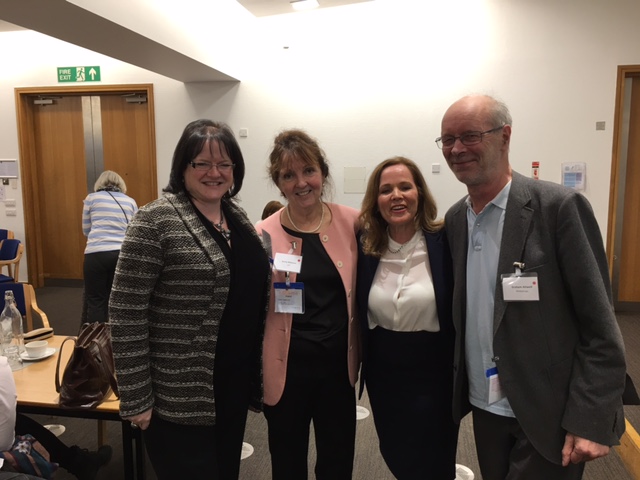 Members of the EmployID project team (Jenny Bimrose (University of Warwick), Deirdre Hughes and Graham Attwell (Pontydysgu) and Zoey Wareing (Department of Work and Pensions) presented at a major dissemination event in London on 1st December, 2016. The event was organised by University of Warwick and funded  by the Department of Education to promote the effective use of high quality labour market information in careers and employment support. Members of the EmployID team presented on the LMI App, developed by the EmployID project team. The App is based on the UK ‘LMI for All’ data portal. It has been piloted in DWP, through the EmployID project, over the past two years, formally evaluated and will be rolled out for use across the organisation in 2017. The event was attended by government officials, researchers, managers, and practitioners, with the EMMA MOOC promoted.